Gabriela is a percussionist with a master’s degree in percussion performance from the University of Ottawa with support from FONCA-PBEE and SRE- CBIE. She has played professionally with several orchestras and ensembles since 2001 in Mexico and Canada.

Her first encounter with Body Mapping was when she was completing her master’s degree. Later she moved to St. John’s N.L. (Canada) to pursue a certification in Body Mapping. In 2014 Gabriela became a licensed Body Mapping Educator. She would like to expand the scope of Body Mapping by translating this method into Spanish.

She also holds a master’s degree in gender studies from Memorial University. In her research she explored the relationship between Body Mapping, music performance, and feminist theories. She co-created two performances based on her research about femininity and embodiment in music performance trough percussion, dance, and text. Gabriela also wrote a workbook as a guide for female musicians to look deeply into social interactions while studying or teaching Body Mapping.

Gabriela has presented about Body Mapping in St. John’s, N.L; Portland, OR; Bangor, Wales; Conservatory of Performing Arts-University of Regina (SK); and Mexico City. She teaches Body Mapping privately and online. She is currently developing Body Mapping materials for percussion performance. Recently she has been appointed to teach Body Mapping at the School of Music at Memorial University as part of the Seminar in Performance Issues. 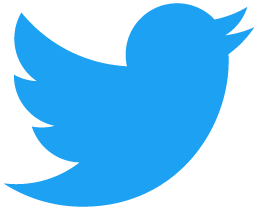